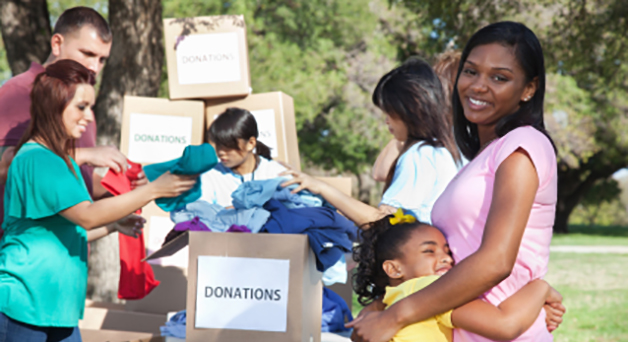 Disasters are often unpredictable and can happen at any time and to anyone. They may be natural, man-made, or both. Disasters are defined by the Federal Emergency Management Agency (FEMA) as an occurrence that has resulted in property damage, deaths, and/or injuries to a community,1 and  may include floods, hurricanes, earthquakes, tornados, fires, illnesses, chemical or radiation emergencies, and terrorist or bioterrorist attacks, among others.

At the end of the 20th century, disasters affected an estimated 66.5 million children each year world-wide and it is estimated that this number will continue to grow as a result of societal changes (e.g., conflicts, hunger) and climate changes.2 Around the world and in the U.S., disasters disproportionately affect poor populations—both youth3 and families—as a result of risk factors such as living in environmentally vulnerable locations, living in less stable housing, and having poor physical health.4 According to the 2010 U.S. Census, children under 18 made up 24 percent of the total U.S. population, but 35.5 percent of the people living in poverty resulting in a higher poverty rate for children under the age of 18 than any other age group.5  Further, research suggests that youth, specifically school-age youth, tend to be more severely affected by disasters than adults and may experience disasters differently due to age and other factors.6

Ensuring youth and their families know what to do in an emergency and that the unique needs and assets of youth are included in disaster preparedness, prevention, response, and recovery efforts is critical.7 While many individuals report that they are aware of disasters and their potential effects, fewer report that they have undertaken steps to plan for or prepare for disasters.8 Prevention and preparedness refer to the planning and actions that occur prior to a disaster. This may include preparing for public health threats, developing an emergency response plan, creating an emergency preparedness kit, or taking steps to address things that may cause a disaster. Response and recovery refer to actions that occur during and after disasters or emergencies. Responses to emergencies may include sheltering in place or evacuating, and recovery may include repairing damaged infrastructure, reuniting families, replacing supplies, addressing emotional responses and revising response plans. Youth-serving agencies can play an important role educating youth about disasters and teaching them coping mechanisms. Involving them in prevention, preparedness, recovery, and response efforts can help to ensure that youth, families, and communities are prepared and able to respond when faced with disasters.

Other Resources on this Topic

Large groups of people tend to gather at disaster scenes and can be given constructive opportunities to help rebuild.

LAUNCH THE TUTORIAL: MANAGING SPONTANEOUS VOLUNTEERS IN TIMES OF DISASTER

Help Spread the Word About youth.gov

Get a Web Badge